The Truth About Ammo – GunsAmerica Exclusive Interview With Hornady 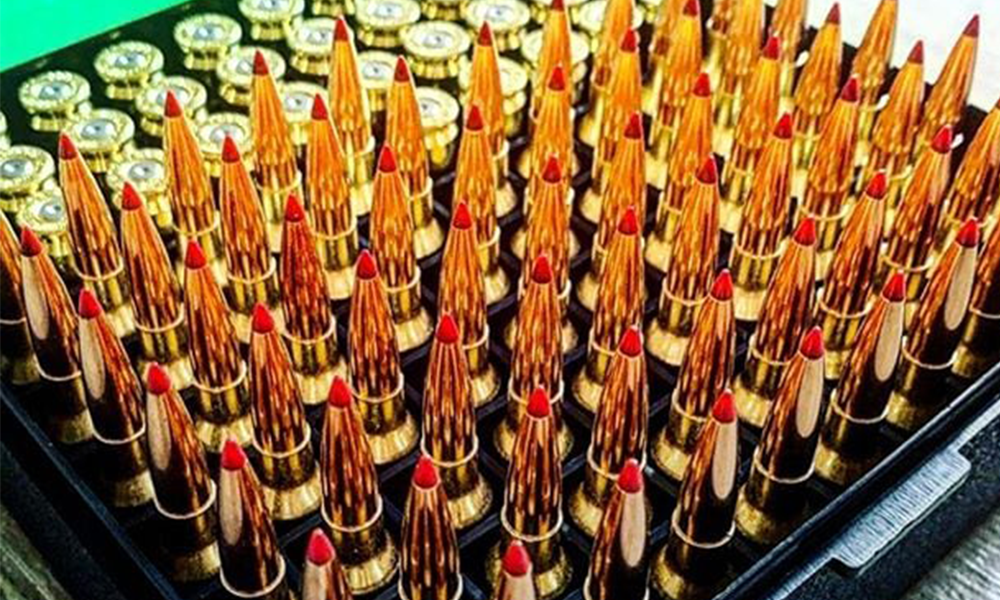 The Truth About Ammo – GunsAmerica Exclusive Interview With Hornady

The emails and social media messages to Hornady’s customer service team haven’t let up in months.

“Are you still making hunting cartridges?”

“Have you shut down due to COVID?”

“Why are you making T-shirts and not ammunition?”

“Are you hoarding ammunition?

“Are you selling all the ammunition to the government?”

A quick survey of Hornady’s Facebook page reveals of few of these missives. Customers demand to know why they can’t find the ammunition advertised in the posts. One even suggests that Hornady’s marketing team roll up their sleeves and hop on the factory floor.

It was easy to sense the frustration and fatigue in Jason Hornady’s voice when he sat down with GunsAmerica last week. As the vice president of one of the nation’s largest ammunition manufacturers, Hornady has captained the company through the greatest surge in demand in the industry’s history, and he’s fielded hundreds of questions and comments like the ones above.

Hornady and his team have done their best to keep up. They increased production by 30 percent last year, when they usually only grow five or ten percent each year. They ran through their entire inventory 18 times in 2020, when a normal year only sees six inventory turnarounds.

“Anything we make yesterday is shipping today,” he said. “And it’s all categories. Security boxes, ammo, reloading. All of it.”

Insane Demand, and Getting Worse

As anyone who has visited a gun shop in recent months can tell you, ammo companies haven’t been able to keep up with demand. And the problem may be getting worse.

Hornady said that while they were able to secure ammunition components and boxes for much of 2020, they’ve seen a drop in availability in recent weeks.

“Now there’s a shortage in corrugated cardboard nationwide. Explosive certified cardboard is in even shorter supply. We’re starting to see issues with some of the other stuff, primers in particular,” he said.

Their raw material cushion has largely evaporated amidst insane levels of demand prompted by the COVID-19 pandemic, social unrest, a presidential election, and an incoming Democratic administration.

To illustrate the demand they’re trying to meet, Hornady told us about a customer who purchased in June an entire case of Hornady ammunition for each caliber he owned. The man told Hornady he owned firearms in 12 different calibers, and he spent $2,700. The man’s wife wasn’t happy, Hornady said.

“Normally, a guy would buy one or two boxes. Instead, they’re buying cases,” Hornady said.

As another example, Hornady told us that two of his son’s teachers at school have asked if they can purchase ammunition from him.

“Part of me wants to send him to school with the ammo just to see what happens… but I’m not sure that’s a great idea,” Hornady joked.

Hornady’s customer and his son’s teachers are far from unique. Long after the toilet paper shortage ended, gun owners have continued to purchase ammunition with the same mindset.

Earlier this month, a local news story made the rounds on social media showing hundreds of people lining up outside a single local gun store to purchase ammunition. There’s no evidence that gun owners are shooting more frequently. The demand is cause primarily by a vicious, panic-induced cycle.

“It goes fast because there’s none out there,” said Utah gun store owner Mark Greer.

Conspiracy theories about the government stockpiling ammunition grow largely from a misunderstanding of the ammunition production process, Hornady said. Increasing production isn’t as easy as spinning up another factory, and none of the ammunition companies have been able to keep up. Growing production also requires hiring more employees, and with the unemployment rate at 2.9 percent in Grand Island, Nebraska, they’ve struggled to onboard more factory workers.

It’s important to point out that Hornady has dramatically increased production this year. The company shipped 30 percent more in 2020 than they did in 2019, which, Hornady said, “is a darn solid increase.”

“Most manufacturers are hoping to get a 5-10 percent increase each year. And that’s what we’re doing with our equipment purchases and employee hiring. But now we’re talking about condensing three years of growth into one,” he explained.

It is true that, to a certain extent, Hornady prioritizes the calibers that are in highest demand. They’ve paused some very uncommon calibers like 7mm STW or .222 Remington, but the fact that a gun owner can’t find a certain cartridge doesn’t indicate that gun manufacturers have stopped making it. Hornady is still producing all of the most popular hunting cartridges, along with self-defense ammunition and .22LR.

At the end of the day, Hornady encouraged gun owners to keep in mind that ammo companies are in the business to make money, so stockpiling ammunition doesn’t make any sense.

“Anyone who thinks that ammo companies aren’t trying to make and sell as much as they can, doesn’t understand capitalism,” he said. “We all like money. Nobody wants to ever make less.”

When Will it End?

As to when the shortage will end, Hornady doesn’t see the situation improving in the next 18 months. It may even be two years before gun owners start seeing ammo back on the shelves. His prediction is based on the events of the last year but also on the cyclical nature of previous ammunition shortages.

“Every time something happened like the Brady Bill, Sandy Hook, Barack Obama, Katrina… business goes up huge one year, then 5-10 percent the following year, flat the third year, and it’s that fourth year where everybody’s hung over and there’s more supply than there is demand,” he said.

Any one of the fear-inducing events of 2020 would have been enough to start that cycle. For them all to occur in the same year is unprecedented, and the Biden Administration is less than a week old. If Biden and Harris make good on their campaign promises to crack down on legal gun ownership, Hornady said the cycle could take even longer than two years to work its course.

That doesn’t mean gun owners won’t be able to find any ammunition in the coming years, but they’ll have to be patient.

“It’s shipping all the time. We’re all shipping more all the time,” Hornady said. “The biggest thing is, be patient.”

“The second biggest thing is, if you have a good retailer who will let you put your name on a list, do that. Or do it with one of the reputable online guys. And keep all your brass so somebody can reload it for you,” he recommended.

Bottom line? Hornady and other manufacturers are working as hard as they can to meet today’s unprecedented demand.

“It’s coming, sooner or later. Just start a little earlier and be patient. We’re all making it every day,” Hornady concluded.